Motovun (Italian: Montona) is an picturesque medieval town built on top of a hill in central Istria, on the south side of Mirna river valley. It is first settled in ancient times by rich Roman families.

The town wall is built in the 13th century by the Republic of Venice, they are still intact. The fortification, many towers and gates contain elements of Romanesque, Gothic and Renaissance styles.

The town is famous for the international Motovun Film Festival which is held every summer since 1999. The festival hosts many independent and avant-garde films from all over the world. It is estimated that around 50000 people visit the festival each year.

The town has two main roads; traffic in the town itself is not allowed. There is a regular bus service to Motovun that runs from Pazin a few times a day. 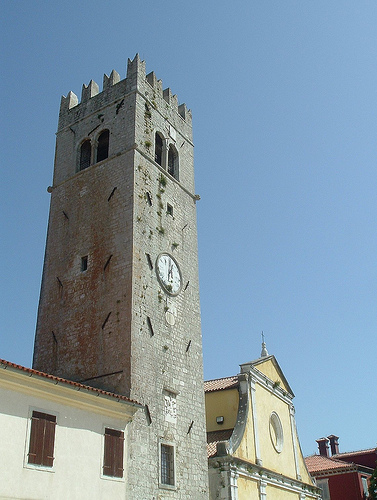